Our work is based on strong principles: competence and integrity. 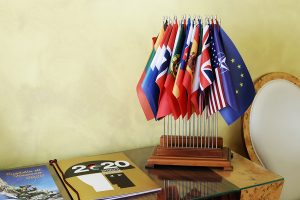 The International Law Firm Palma & Partners was born from the experience and professionalism of the lawyer Giuliano Palma who, over the years, with his work and with his results, has managed to establish an authoritative image, reliable and recognised at the highest national and international levels.

After collaborations with several Italian law firms, on 30 November 2004 he brilliantly passed the bar exam for the qualification as a lawyer, then obtaining on 8 April 2020 the habilitation at the “Corte di Cassazione” and the other Higher Jurisdictions.

Lawyer Giuliano Palma is also a Professor of International Contracts at Suor Orsola Benincasa University of Naples and a trustee for several institutes and evangelical associations, as well as being Professor of Ecclesiastical Law at the C.C.E. of Catania.

In 2005, commissioned by the Government of the Italian Republic, published “Studies in Corporate Law” and in 2007, strong of his evangelical creed and his previous experiences, public ecclesiastical law for non-Catholic cults, published by Edizioni Centro Biblico – Napoli.

The natural consequence of this process posits the Lawyer Giuliano Palma as an authoritative Christian and International Lawyer and concrete reference for all those companies that need assistance, from the legal point of view, for a proper management of your business. In addition to Company, International and Ecclesiastical Law, the international law firm Palma & Partners also deals with Professional Civil Liability, Civil, Commercial, Industrial, Financial-Banking, Tax, Real Estate, Corporate and Military Criminal Law, Corporate and Military Administration, Labour and Navigation.

The International Law Firm Palma & Partners is currently located in:

“Our commitment is your success, all with competence and integrity, and the irreplaceable help of God”

This website uses cookies to improve your experience while you navigate through the website. Out of these, the cookies that are categorized as necessary are stored on your browser as they are essential for the working of basic functionalities of the website. We also use third-party cookies that help us analyze and understand how you use this website. These cookies will be stored in your browser only with your consent. You also have the option to opt-out of these cookies. But opting out of some of these cookies may affect your browsing experience.
Necessary Always Enabled

Any cookies that may not be particularly necessary for the website to function and is used specifically to collect user personal data via analytics, ads, other embedded contents are termed as non-necessary cookies. It is mandatory to procure user consent prior to running these cookies on your website.